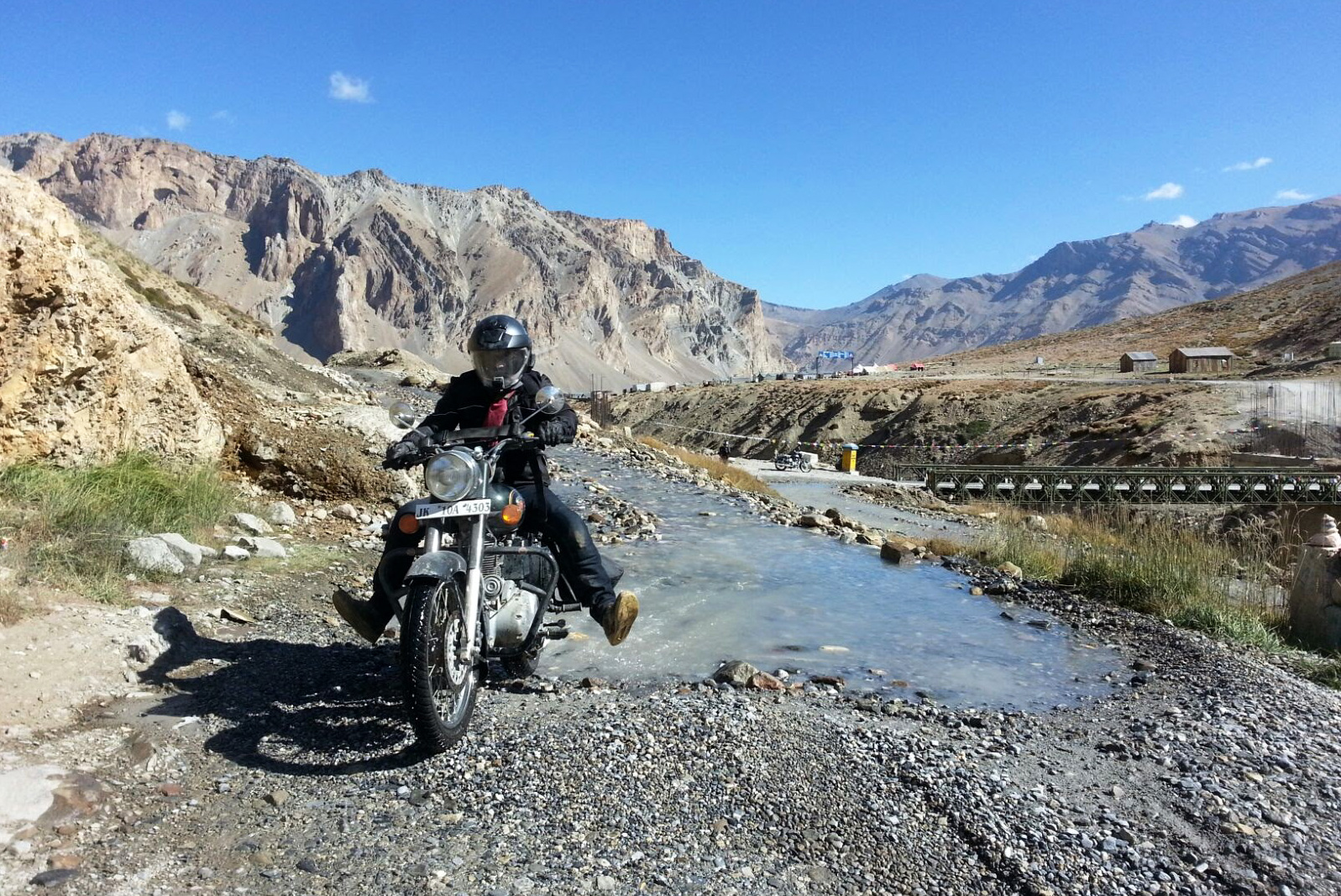 How I Travel Down Memory Lane

Ah, the siren call of mountains. They are up there – pun intended – among the best nature has got to offer motorcyclists. The feeling of conquering sweeping twisties, with boundless curves still waiting ahead, is nothing short of intoxicating.

The view is often reward in itself. The glossiest panoramic photos pale in comparison to the exhilaration of personal experience – which can only be described with one word: breathtaking.

Beware though, the beauty of these heights belies their dangers. Above 2,500m from sea level, you’ll probably start to notice the effects on your body and motorcycle.

Air thins out with rising altitudes, which means that less oxygen gets into your lungs with every breath. At extreme heights, effort is magnified for even the simplest of movements; just a short stroll could leave you panting. Motorcycling, especially on rocky terrain, can get physical, and exhaustion will set in easily. Plan shorter routes to allow yourself enough rest time.

Riding in Ladakh, India, I discovered the punishing effects of altitude. We were crossing Khardung La in Leh, one of the world’s highest motorable roads at an estimated 5,600m above sea level. At one rest point, I was feeling so weak that I simply left my keys in the ignition and stumbled into shelter. Thankfully the key and motorcycle were still waiting when I had caught my breath. Perhaps it was too much effort for any would-be thieves as well!

“Drink up, even if you’re not thirsty.”
Our guide in Ladakh couldn’t seem to repeat this enough. Dehydration sets in easily at high altitudes where the air is drier and you lose more moisture through rapid breathing. I hate to break it to you, but alcohol is also a big no-no. The effects of booze are magnified in the high mountains, and can quickly cripple your concentration and well-being.

Acute Mountain Sickness (AMS) is no jesting matter – it can lead to fatal complications when fluid builds up in the lungs and brain. Watch out for these symptoms: dizziness, fatigue, headache, loss of appetite, nausea, increased heart rate, and extreme shortness of breath. This risk is serious enough that tour guides in Ladakh carry blood oxygen monitors and oxygen canisters. If the symptoms persist, the only cure is to get to lower ground!

There is no predicting who will get hit hard by AMS. I’ve seen older riders who experience no symptoms at all, while a younger, fitter person lies completely incapacitated with an oxygen mask strapped over his face.

Diamox is a popular and commonly-available drug that helps to stave off altitude sickness. Some people experience tingling sensations in their fingers after popping the pills, but it’s a fairly harmless side effect compared to the feeling of a rotten hangover. Speak to your doctor or pharmacists for a prescription before you set off.

Better still, plan a gradual ascent into high altitude regions, sleeping no more than 1,000m higher on successive days. This will allow your body to acclimatize.

Fellow travelers have shared about other natural remedies such as cordyceps and garlic. Amusingly, one of the recommended home remedies is to eat more carbs – that’s your license to go crazy with all the chips and chocolate! At least, it may help with the next issue.

Isn’t it ironic how it gets colder the closer we are to the sun? Layering on enough clothing (or fats — hello, carbs!) should be able to get you through the worst of it.

Before your ride, find out the range of expected temperatures, then prepare to take on a few degrees below the coldest. Wind-chill will exacerbate the situation while you are riding.

While riding in Ladakh, I experienced average temperatures of 10 to 15 degrees Celsius – before even taking into account the wind. I was bundled up in five layers: riding liners, double layers of thermal long johns, wind-resistant riding jacket, rain coat, as well as three sets of gloves!

As if frozen and mummified fingers do not make riding hard enough, most mountains serve up never-ending hairpin corners with sheer cliff drop-offs. Did you think there would be a straight road all the way to the top? Don’t tense up at these curves — they are one of the best parts of motorcycling.

Landslides are part and parcel of mountain travel. Just take your cue from the locals – if they are still plying the same roads, follow cautiously and you’ll be fine!

Fog is also common at high altitudes, and that’s where auxiliary lights come in handy (Click here to read more on lights and other moto-touring mods). When visibility is poor, let your common sense lead the way – slowly!

Riding at great heights is exhilarating, but it can also hurt. We each have varying tolerances to altitude and weather, but adequate preparation can really make the difference between a joyful adventure and downright misery. Go forth and enjoy the view!