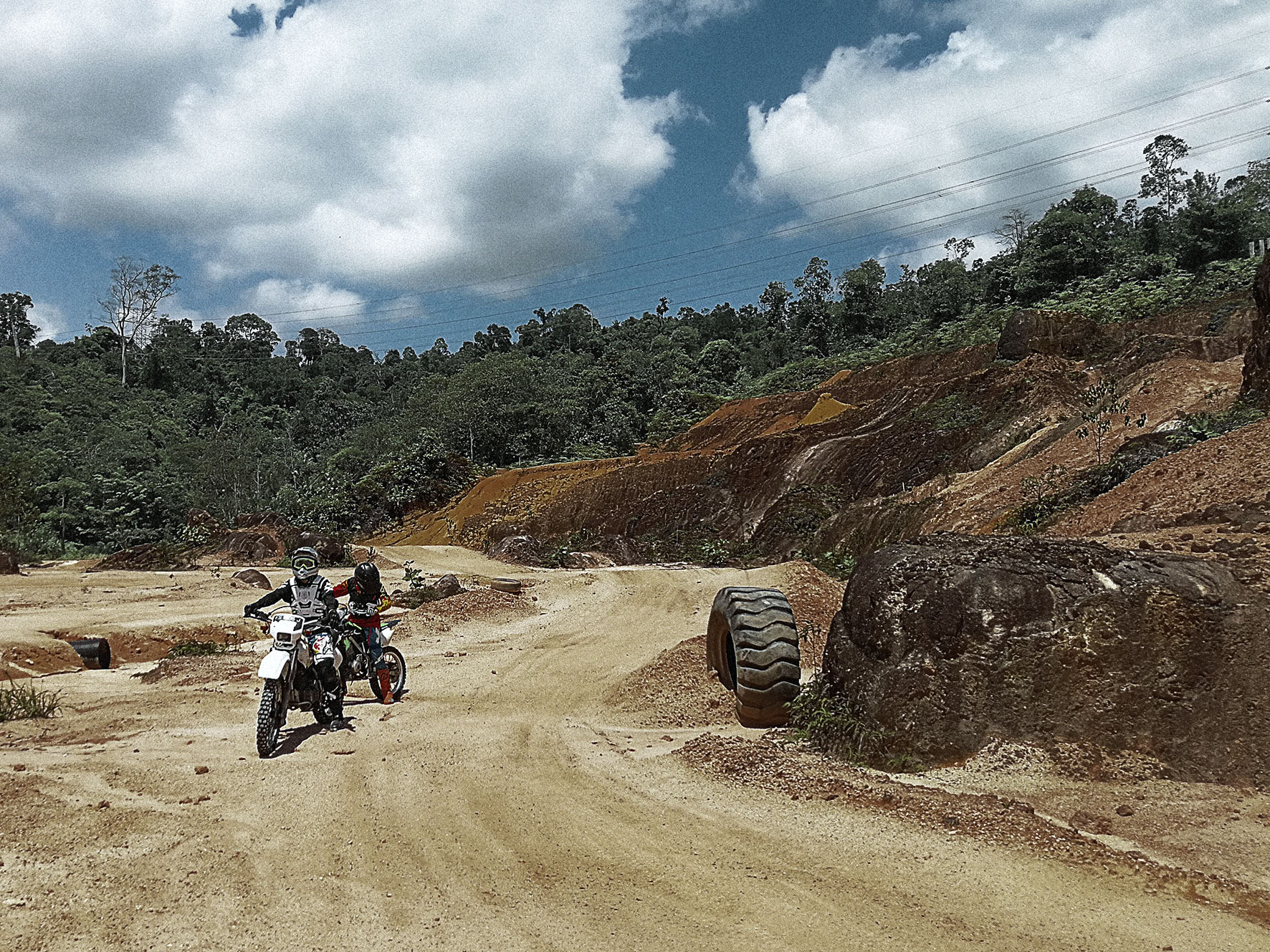 When my Rude Machinery bosses asked me if I wanted to join them for an easy offroad ride in Johor Baru, I wanted to say no but instead, my thumbs replied an O.K. I have grown mightily suspicious of the word “easy.” I did not even understand what “offroading” was. I tried to wiggle my way out of it but I was already strapped onto the seat with that slow, ominous feeling one would get at the apex of a roller coaster. Here is a blow-by-blow account of what went down.

The previous night at 2200h
Packed passport, extra clothes (did not use), helmet, bandana, gloves, passport (have I mentioned passport). Set aside loose denim pants and long sleeve jersey to be worn the next morning.

MX day at 0500h
Woke up. Ate breakfast and drank coffee. Showered and got dressed. Checked if I had my passport.

0655h
Forgot my helmet and went back to the house.

0715h
15 minutes late to meeting Rude Machinery boss with her husband. Had to tompang a ride on her dirt bike across the border into Johor Baru. Asked her if she is accustomed to giving rides to strangers. She said not too often and not on her dirt bike but I was her lightest pillion to date.

0800h
Met with the rest of the riders at Petronas gas station after Johor Baru checkpoint. Some pumped petrol.

0900h
Headed to The Hangout where we are getting our motorcycle rentals. This was the first time I rode with a gang of dirt riders. I felt cool. We got lost.\

1100h
Headed to Ulu Choh flat track to get a feel of the little Kawa. Boots were huge and kept on getting stuck in shift pedal. There were only two gears. Headed to another track that was a little bit more gnarly: Rocks, steep slopes, low trees and bushes that eat you up. The midday sun was staring us down. Water supply was low. I was already dying at this point. Two newbie riders were weeded out.

1300h
Cendol break. I had three. It was relatively the best cendol I’ve ever had.

1400h
Headed for another forest trail. The rest of the riders assured me that it was easy. I did not believe them but, as I said, I was already strapped down to this.

1415h
Got lost before entering the trail. Some the other rider screamed for me to turn right and I found myself in the wrong group.

1430h
Fell down going too fast through a turn. Fell down three more times. Wrecked the turn signal. Fadli, a pro rider, said I was going too fast and using my brake pedal too much. Kept stalling as I could not shift properly with big boots. My left arm was cramping from trying to figure out the clutch. No more water.

1500h
Finally got the hang of it and started enjoying riding. Had to remind myself to look at the surrounding view. We got separated and got lost.

1530h
Found our way out of the trail and headed back to the shop.

1600h
Could not move. Cancelled evening meeting. Drank two gallons of 100 plus. Was extremely satisfied in an “I just almost died” way, if you’re into that.

1800h
Ate dinner even though I was too tired. Was able to sayang someone to get a hitch back to my place on a Harley-Davidson. The beauty about that bike was it also served as a massage chair.

2000h
Curled up and slept in the shower with the water running.

Getting to experience offroading made me realise that it was supposed to be in my Try List. Ever since then, I found myself looking at dirt bikes and watching tons of rallies online. That’s my workout for the day, watching people ride through rocks. I’ll definitely go again after the trauma has died down. 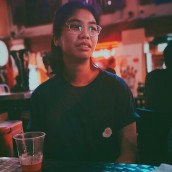 Eunice is a motorcycle noob who has been spending more time than her life coach approves on YouTube looking at MotoGP and Urban Trials. No, she does not have a life coach but her display set motorcycle will do the job. It will be her new ride after she clocks out as a freelance creative. Read through as Eunice tracks her progress in becoming a better rider.