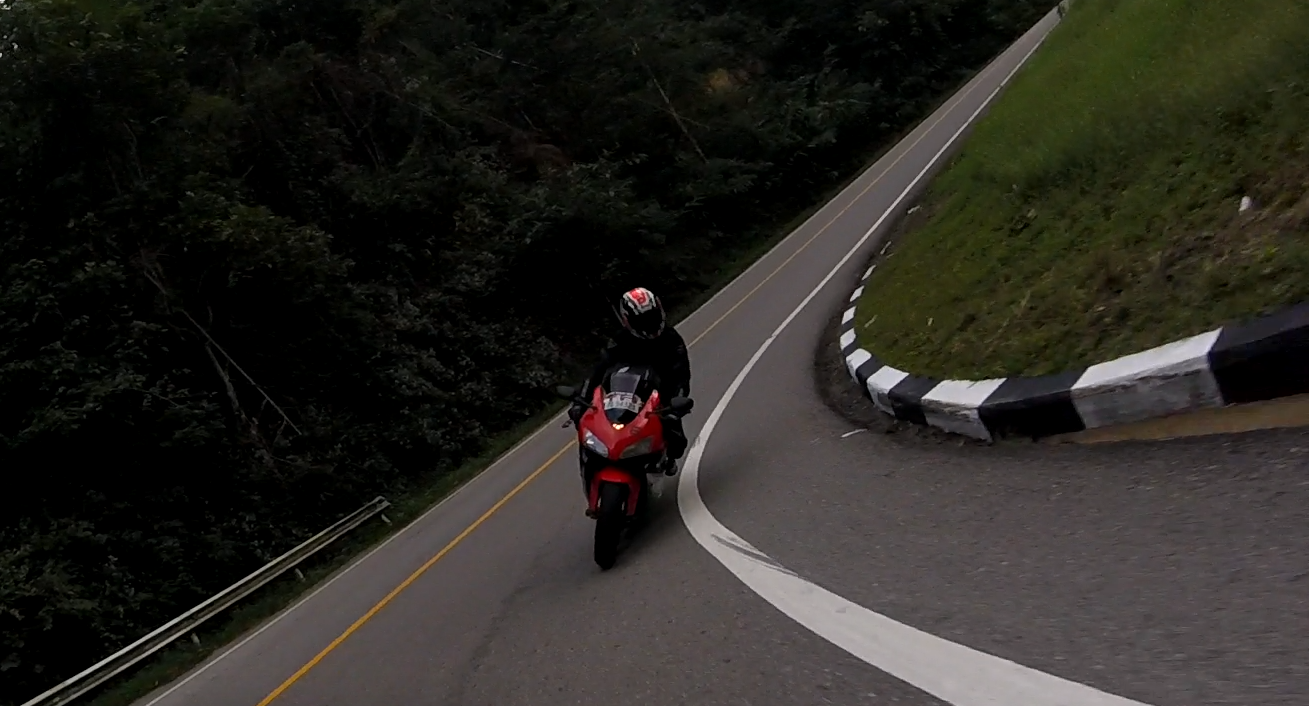 If your friends scoff at the idea of you seeing Thailand in the saddle of your sports-ter (no, not the Harley Davidson), you should point out that Nick Sanders rode around the world four times on a Yamaha R1. Both him and the motorcycle lived to tell the tale!

With their back-breaking, wrist-destroying crouch angle and high foot pegs, it’s no wonder that most riders balk at travelling long distances on a motorcycle designed for serious speed.

Then again, we are huge believers that the best bike is the bike you own. You don’t need an adventure-specific motorcycle to conquer the horizons. My friends and I have clocked some mileage around Indochina on sportier bikes, simply because those were the only ones we had.

I’m not going to paint an impossibly rosy picture – there are definite downsides to tackling long distances on sports bikes.

Comfort
Most non touring motorcycles will lose out on comfort; but this can be remedied to some extent with aftermarket modifications (read about it here). For instance, simply swapping on a comfort seat by Seat Concepts or Sargent Seat could double your saddle endurance limit. Your backside will tell you it’s the best money you ever spent.

When the tarmac ends
Most sports-ters lack the ground clearance and suspension travel to handle anything gnarlier than packed dirt or gravel. If the path ahead looks like it involves log crossings and rock scrambles, take another way!

There are few semi-offroad tyre choices for the 17 inch wheels found on most sports bikes. Have no fear; road rubbers can still take on packed dirt at a sensible pace – ease off the throttle and you’ll be fine.

Unless you’re crossing the Mongolian plains, tarmac will eventually reappear. And that’s when the fun begins for you.

Kings of tarmac
On good old tarmac, full road tyres have all the advantages of stability and grip at higher speeds. Unlike a tour-focused behemoth like the Honda Goldwing, your sports bike is also nimble, agile and very flick-able – perfect for attacking tight and sweeping corners!

Road tyres will also fare better in the rain as compared to the knobbies on dualsport motorcycles, with the exception of track rubbers like Super Corsa. With limited sipes to displace water, track-focused tyres are like ice skates in the wet! On dry roads though, their grip is unmatched.

Spirited riding
With a runway of smooth, snaking tarmac, sports bikes can be rockets of pure fun, even with luggage strapped on. Pannier options for sport-tourers are usually streamlined and offer greater cornering clearance from the ground.

Many adventure-touring motorcycles come with bulky and low slung panniers, which are a hazard when cornering hard and low.

Even if the bulky panniers are removed from an adventure-styled motorcycle, broad foot pegs designed for comfort will limit cornering clearance. Those who have never experienced pegs touching down may be in for a shock! Sports bikes with more aggressive ergonomics are less likely to have such limitations.

If your appetite for adventure includes more tarmac and less dirt, then travelling on a sports bike is right up your alley. Here’s looking forward to seeing more sports-ters carving up the northern mountains! Ready to get low?