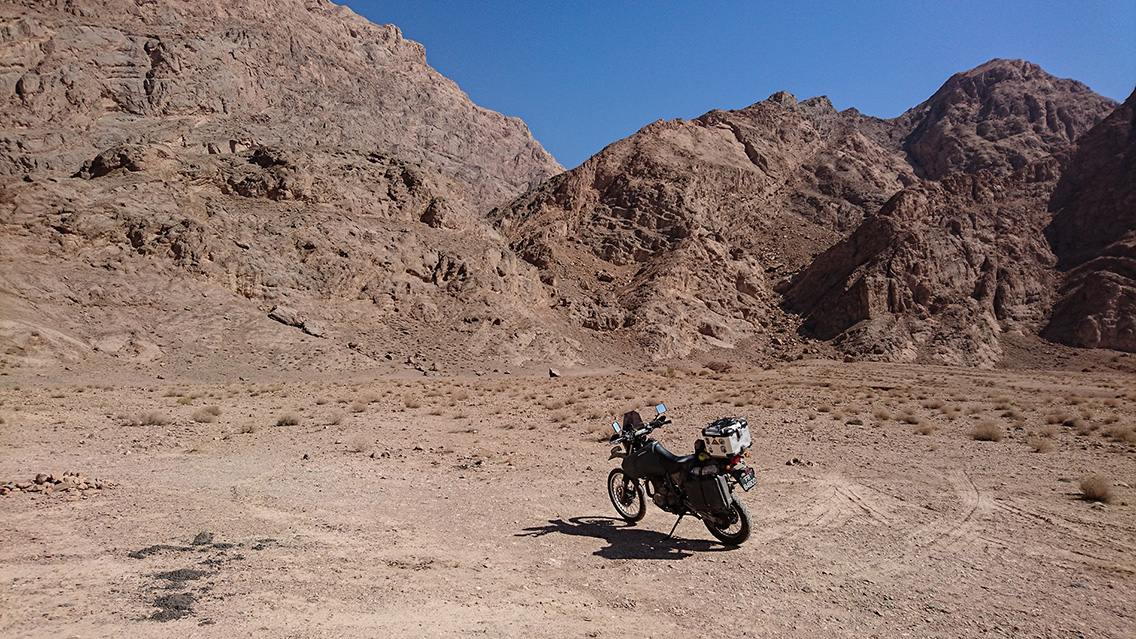 Let’s Torque about it: A Harley-Davidson noob goes roadtripping

It is October 2016, and longstanding US sanctions have only recently been lifted from Iran, a country abjectly vilified by Western media. I have just trotted across Europe, Scandinavia and Russia on a ’99 DR650 named Spiderpig, and banded up with six other Singaporeans to brave the wild frontiers of Central Asia and Iran. The following are excerpts from a travel-worn diary. Read Part 1 here.

In the waterless core of Iran, I am having an Indiana Jones moment. I’m wearing out my motorcycle boots scrambling across crumbling rooftops in the quintessential desert playground: a 4000-year-old derelict mud brick town named Kharanaq. Just about 70km from the city of Yadz, it’s an abandoned labyrinth of tunnels, shaky minarets and and bottomless wells that have miraculously escaped the tourist radar. Water isn’t the only thing that has ebbed its flow here – time is still too, and I have never beheld such beautiful decay.

Back in livelier Yazd, we put up at the Silk Road hotel. Our alien motorcycles cast vulgar iron silhouettes against the desert city’s winding earthen corridors. Locals are proud to point out the fact that this is first mud brick city in the world, and a UNESCO World Heritage Site. Yazd is a warren of exotic Middle-Eastern pleasures: roof top lounge cafes, a labyrinth of disused underground waterways, and proud azure minarets saluting the horizon. I am thoroughly enchanted, this yellow-skinned Singaporean so far flung from her concrete metropolis home.

When it comes to the notion of Good versus Evil, you really can’t get more fundamental than Zoroastrianism, the first religion to trot out a One True God, heaven, hell and badass, demon-smiting prophets, plus a proper apocalypse to round things up. Once a central pillar of the vast, mighty Persian empire, some consider this near-extinct belief system to be the mother of Judaism, Islam and Christianity. Zoroastrianism has its birthplace in the dusty cradle of olden-day Yazd, and one of the last few communities of practitioners still thrive here today.

It is on the outskirts of the city that we explore a macabre monument to the ancient Persian faith. These Towers of Silence, also known as dakhmas, are the ultimate Zoroastrian architectures of death. Since it was believed that death should not be allowed to sully earth nor fire through soil burial or cremation, Zoroastrians practiced sky burials. Corpses were hauled up the tower and left to be picked clean by vultures within a matter of hours – before evil spirits could defile the flesh and soul.

For all the grandeur and mysticism of this funerary tradition, it has long been outlawed by the Islamic state. Today, staunch Zoroastrians bury their dead in cement-lined graves, or have them transported to the last functional dakhma in India. For now, the vultures will have to work harder for their meals.

In part 3 of the Iran moto-travelogue, the author gets up close to Xerxes’ immortal army, and suffers a close call in the saddle. Don’t wander too far!