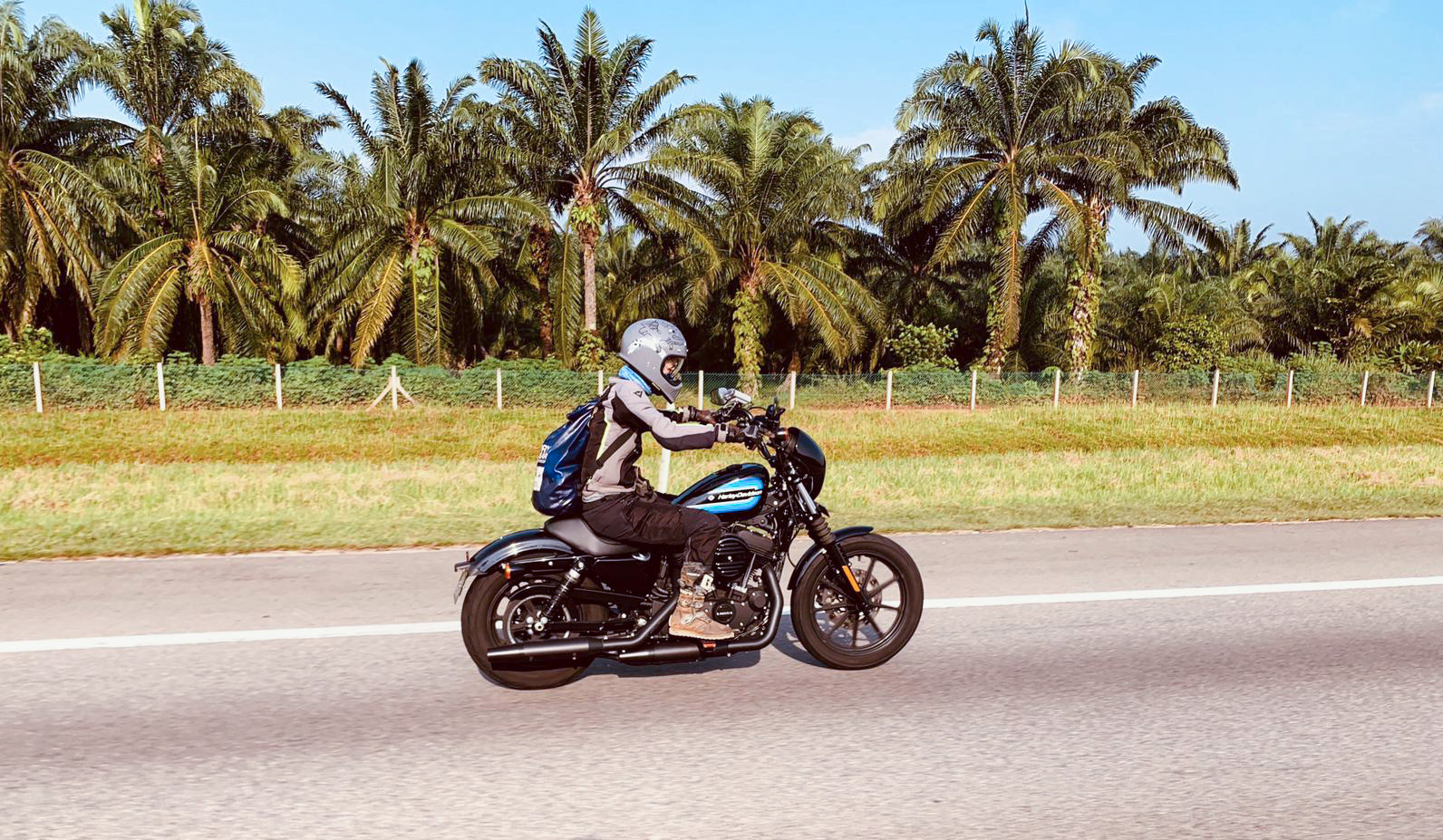 Bikers can be such a partisan bunch. The last time I rode a dualsport 500km north to roll with the chopper crowd, they called my 650cc an “iPod”. The sentiment flows both ways – as a dirtbike person, alot of things about cruisers and sportbikes don’t make sense to me. And if you bring marques into it, that’s when the parangs start to come out.

Harley-Davidson is one name around which love and vitriol swirl in equal amounts.

For every Harley aficionado, you’ll find someone else who says, “Harleys only go in straight lines. They rattle apart on the highway. They’re for bearded old men with a leather problem.” There you have it – 115 years of brand heritage served with a side of social baggage.

Recent work engagements have made me new friends from the Harley side of the yard, and to my chagrin only two of the lot have legit beards, minus the old age and leather. In any case, they’ve cheerfully challenged me to ride my presumptions up the highway – some 800km to Melaka, Kuala Lumpur and back.

And that is how I’ve found myself clutching the mini-ape handlebars of a 2018 Iron 1200 for the weekend.

Now, I rode a Royal Enfield Bullet 500 for 2 weeks in India and thought that meant I understood cruisers. That’s like saying I ate a french fry and am suddenly a potato specialist. The Iron 1200 is like nothing else I’ve ever thrown a leg over. Five minutes into the ride, my suspicions are confirmed: this bike is made out of a massage chair and actual thunder.

First off, the Harley sound is sex. Firing up those V Twins never gets old. Above that roar comes the meaty clunk of stomping into gear – her transmission sounds like a Judgement Day weapon.

And then, the bike is a blur of motion even when left at idle. It trembles like an overly excited hound, minus the drool. My friend Andrew, recalling the metal implants over my bones, asked, “Eh, did they use loctite on your screws in your arm? Wait all vibrate out.” But I like it. Even the buzz coming through the footpegs. Damn it, I’m a single-cylinder girl and I like that the sensations match the sound.

The rumble really is a pleasant bit of personality, nothing at all like the pre-2004 washing machine Harleys or the finger-numbing buzz of the KTM EGS 2-stroker I used to flog back in the day. In fact, the rubber-mounted Evolution engine is smooth on the go, even while it’s serving up panty-shredding torque.

For that matter, Milwaukee muscle is all torque. Don’t look to it for athleticism – this Harley will never hold up to the full gallop of a Ducati nor the lithe agility of a KTM – but boy can she drag race the hell out of traffic lights. For all her slimness, the Iron is a real porker, but she holds her weight low and reassuringly stable under a comfortable seat – a fact that you’ll appreciate over the long kilometres.

There are a couple of things I miss. I miss a generous suspension travel to soak up the surprises of Malaysian tarmac, and the ground clearance so you don’t bust a kidney going over the speed humps. Above 120kmh, The Black Hammer, as I have taken to calling her, becomes something of a pogo stick. Friends assure me they’ve flogged their sportsters at 160kmh to great merriment, but then unlike me, they have not been spoilt by a decade of plush adventure bike suspensions.

I also miss a windshield, because all that angry highway wind is literally a punch in the chest. Oh, and combined turn signals on the left side, because my Asian opposable thumb struggles to reach the right turn signal button without accidentally serving up a fistful of throttle. FIERCE TORQUE sort of throttle.

As far as I’m concerned, this Iron is best savoured on the B roads and city streets, where you can kick up to third gear and surf tarmac on a delicious wave of torque. You’ve got places to go, and you’ll get there with your knuckles to the sky and plenty of armpit airtime – schedules be damned.

To add to that devil-may-care appeal, the fact that this robust chugger of an engine is housed in a bare-bones package makes it an excellent platform for customisation. How far you can take it only depends on how deep your pockets are, and how much you’re willing to flout the government’s rules.

The Iron 1200 has personality to spare, and I am charmed despite her faults. Consider many presumptions overthrown. Next, folks have suggested that I should get my ass onto a sportsbike, but that’s a tale for another time. Meanwhile, I am looking at some of my hardline hog friends to try their hand at dirtbikes.