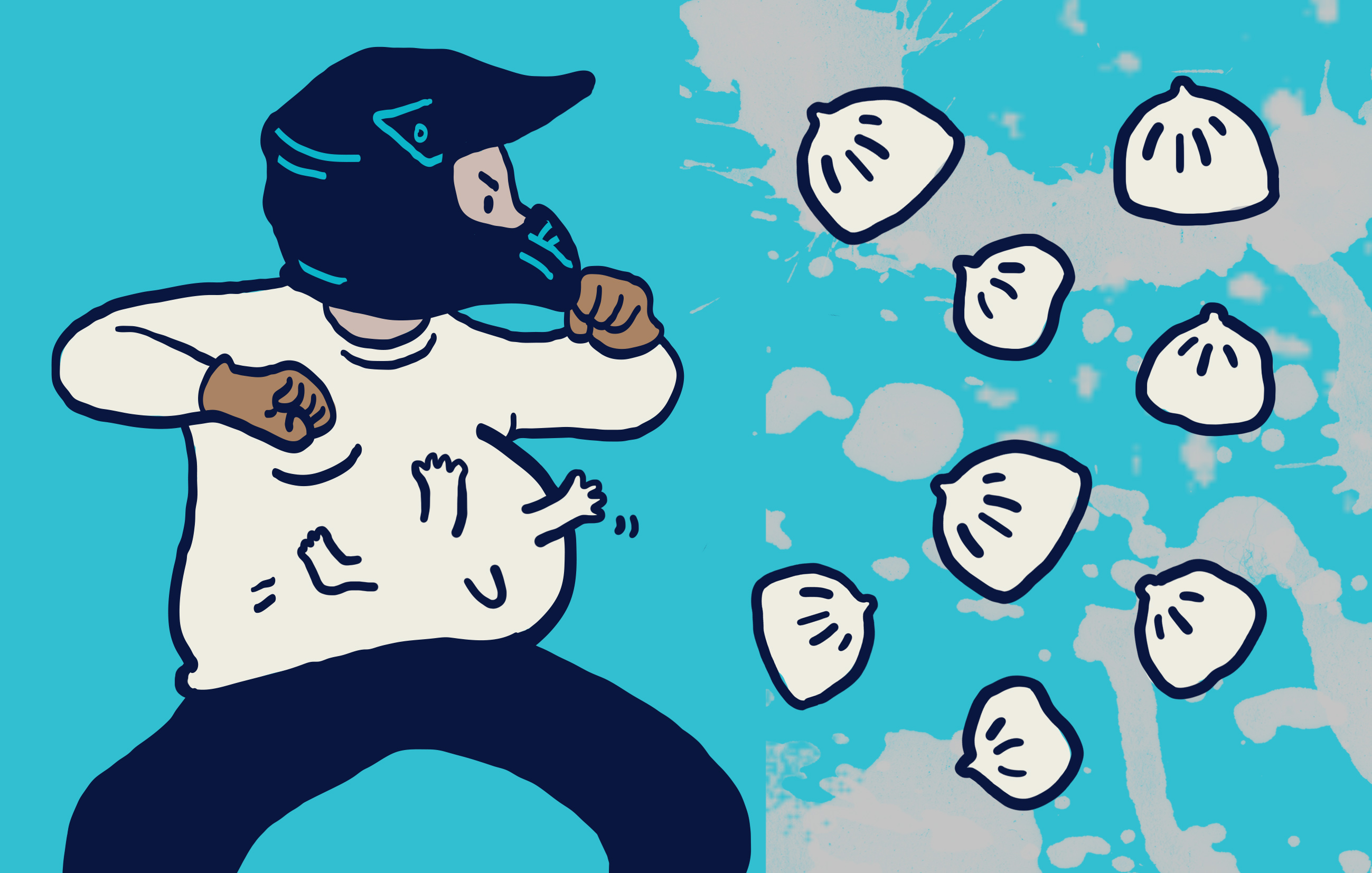 Stay ahead of flat tyres with FOBO Bike 2

I don’t even see it coming in my mirrors, that murderous car, before the saddle is slammed right out from under me and I’m fishballing across hot tarmac, thinking fucknotagain at 120kmh on the Malaysian North South highway. Aside from having lost some skin off my bum – it appears that Dainese pants are reinforced everywhere except there – I am unscathed. Gear up, people. The Malaysian car driver gets a summons for recklessness and I get a temporary ban from the husband on riding overseas. You see, twice in a row is clearly a message from the universe – something’s up.

Two lines on the pee stick, and my life is hijacked. So that’s what it is – I’m not fat, I’m fertilised. The ob/gyn says 8 weeks along, which means this peanut was onboard when I was being rammed by idiot + car. I hope this means she’s going to turn out a tough bugger. She? Well, nobody knows for sure yet, but my family has a tradition of raising strong, mildly eccentric women.

Looks like next year’s South America ride is getting postponed by a wee bit. The universe was trying to make a point – slow down, just for awhile.

Was it planned? People who ask don’t know me well enough. My life is a broadstroke of desires and open horizons; I plot general destinations and leave everything else to the moment. I’ve made enough journeys to appreciate that if you don’t have a route, you’ll never get lost. So, yes, I have wanted progeny, whether with a partner or on my own, but never much figured on the when of it. All things considered, the universe rolled a pretty okay dice on this one –  I’m already on the sunset side of 30 (just shy of high-risk motherhood), I’ve just taken a new job and I’ve newly broken my arm, which means no long journeys for a year. Might as well grow a human being.

I’ve been talking alot about Dr Maral Yazarloo. The first Iranian woman to ride solo 110,000km across 64 countries, during which she spent six months of it being pregnant. She settled in India to have her healthy, beautiful daughter, and has no plans to abandon future adventures. I talk about Dr Yazarloo to make a point that carrying a child is not the same as carrying a disability.

When you are pregnant, your body is no longer your own. Poked and pried open with troubling regularity by strangers with cold hands, your flesh reminds you of your lost autonomy with bizarre growths and pains. Your body is not your own; it is suddenly the property of people who see you as less Cherie, more Human Tupperware. I’ve been called selfish for not eating when I’m not hungry, selfish for eating the wrong things, selfish for not immediately selling off my bikes, selfish for not wanting to lie in bed for a year. Suddenly everybody has an opinion, and their opinion is this: motorcycles no longer have a place in my life for the next decade and a half, at least.

For some time I am furious, in the same way I was furious when the crumbling of a friend’s marriage was blamed on the wife’s “aggressive career”, nevermind that the husband was also aggressively fucking more subservient women on the side. I am furious because many in our riding community are fathers of young children, and no one appears to begrudge them their personal lives for the sake of parenthood. By virtue of having a uterus, society demands that I relinquish power over my own narrative.

Motherhood, what people seem to be telling me, can only be done properly when the mother sacrifices her freedom, body, identity and life, if necessary. It’s a job you can’t afford to screw up; it’s a martyrdom.

But I’d rather approach motherhood less as a job, and more as a relationship with another human being. Like any good love story – like the one I have with my motorcycles – it should make me a better version of myself. Not a reduced version. Call me selfish, but I have the feeling that it’ll make for a happier child too. Heaven forbid that I should raise a daughter to believe that her main purpose in life is to care for offspring, or that her existence is the cause of a parent’s broken dreams.

As an Asian child raised in the classic Asian family narrative, I appreciated my mother’s sacrifices – career, health, freedom – but was inspired by my father’s achievements. I wanted to grow up to be my dad, have wild adventures, break stuff, make glorious victories. Now as I prepare for my own turn under the weighty mantle of parenthood, I’m greedy to be both: mother and father, nurturer and hero.

The answer then, ought not to be Sacrifice. The answer is Conscious, Balanced Choices. That, my friends, enemies and judges, is the furthest thing from giving up motorcycling.

Ride on, the horizons are a-changing.

Connect with us
View Comments (2)