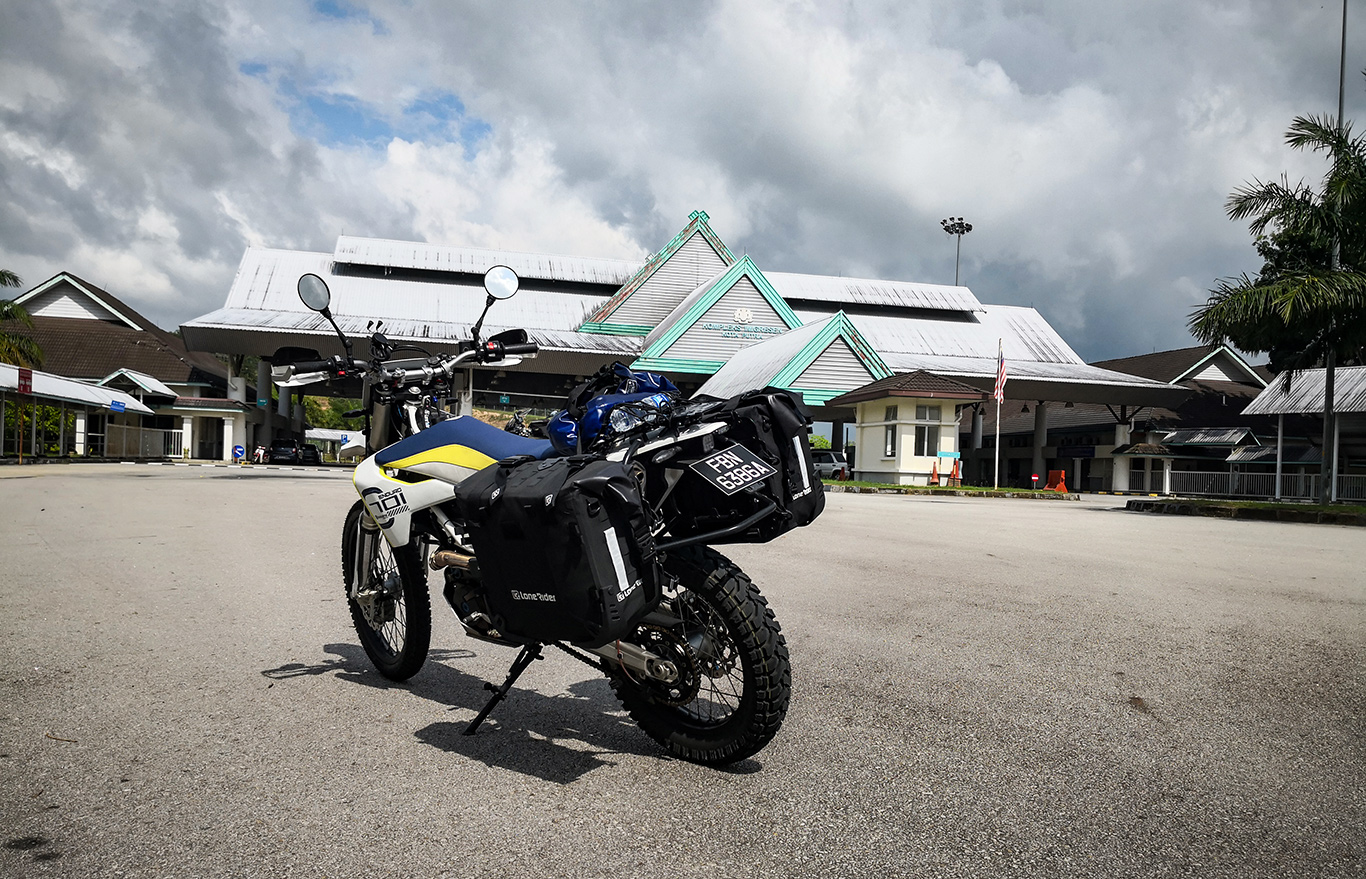 Hurl yourself straight up the thick throat of the Malaysian North-South highway, and you’ll be spat out at the Sadao-Bukit Kayu Hitam checkpoint, the busiest overland border crossing for cargo and tourists between Malaysia and Thailand. From Singapore, that’s over 800km of uneventful tarmac that ends in, well, general clusterfuckery. It also funnels you through Dannok, Sadao’s anything-goes border town whose greatest novelties are fried chicken, 7-Eleven and neon-lit pole dancers, all of which can be found in greater variety and quality further up north. See, the most direct way for Singaporeans to motorcycle into Thailand isn’t necessarily the most enjoyable.

There are seven international border crossings from Malaysia into Thailand. My two favourite alternatives to Sadao offer fresher air and a change of scenery, but they call for abit of a detour – good for those of you who have time in your pocket and a distaste for the straight and narrow.

Malaysia’s north-western state of Perlis is the country’s smallest. Over 50km of its border with Thailand is gnarly, unfenced forest that might still hold the bones of illegally-trafficked immigrants – dark tourism, anyone? With a grisly past of smugglers and mass graves, Wang Kelian village itself is nothing to boast about, but it has a charming stretch of tarmac that ribbons through the semi-deciduous forests and limestone hills of Perlis State Park. Ghost town also means traffic-free!

Your final sip of cheap Malaysian fuel will be at Caltex, 3.4km before the checkpoint. You’ll also find all the necessary customs forms and third-party Thai insurance for sale there.

You’ll come out right into Thailand’s Thale Ban National Park, first passing through Wang Prachan Market, where you can pick up a real kicker of a Som Tum (spicy papaya salad, usually put together by spicy Thai women) from the roadside stalls. From here it’s an easy 150km to the beach fronts of Trang province, an invigorating change from the tired claustrophobia of Hatyai city.

How’s this for a detour? Stay a night in Taiping for the glorious char kuay teow, then sail across Sik district to take in a scenic dawn at Beris Dam and lake Tasik Pedu.

After a string of kampungs along the K11, you’ll find a Buraqoil Station just about 20km before the Durian Burung Checkpoint. Fuel up and get your custom forms and Thai insurance from here.

After the Ban Prakop checkpoint, you could push straight ahead on the 4113 to wind up at Songkhla beach, or cut west along 4243 for a winding joyride across Khao Nam Khang National Park. The road rejoins the main highway 4 that sweeps northward.

As you know, international border crossings can be as unpredictable as a roomful of pregnant women. Before you set off, keep your eye on news reports and traveler forums for any abrupt closures or changes in border regulations. I also prefer to pre-buy my Thai moto-insurance and immigration forms from Asia Insurance (contact available on our Resources page), and have the documents delivered to me in Singapore before I set off. This way, it’ll be easier to make spontaneous route diversions along the way.

If you’re wondering, I’ve never had to do the old slip-2-Ringgit-into-your-passport trick at either of these two border crossings. For those in the know, it’s an archaic Sadao tradition best left behind at that particular checkpoint. Get out and get riding on new roads!

Connect with us
View Comments (3)