Noob Gets Data Scolding for Overspending on Motorcycle

Like many of you, I get my release from five weekdays worth of bullshit by riding my dirt bike through harsh terrain. Weaving through the beautiful tropical jungle with prisms of light shining through leafy gaps, coupled with good combinations of well-timed clutch pops and twists of gas really does put a fat smile on anyone’s face!

However, there are times in life when unforeseen circumstances will starve you of pleasures you take for granted. When my usual plaything, a 2018 Husqvarna TE250, was grounded in Malaysia (a story for another time), I had to forego my usual enduro weekends. There was no choice left but to improvise and find new ways of having fun.

For the past couple of months, I have been trying out all sorts of ways to unwind. I started reading a whole lot more, exercised every day, began writing again after a year-long hiatus and even spent hours listening to Mark Knopfler’s tunes. Sounds like a dream for most, but for someone who is used to experiencing the pure thrill of riding a motorcycle offroad every single week, it was like going through the Basic Military Training confinement period all over again.

So what did I do about it? Well that’s what this article is all about!

And there it was in the carpark, a 2007 DRZ 400 SM which I use for my daily commute, totally inactive for the past month due to working from home. I stared at it, it stared back. Conflicting thoughts started appearing in my head. “It’s too heavy, don’t bother”, “Dualsport bikes are for newbs who don’t know what they want”, “elephant bike”, “It’s a still scrambler isn’t it?”, “it’s the rider not the bike” “the plastics are still new” … yada-yada-yada, the list goes on. Eventually after much pondering, offroad deity Mr Graham Jarvis appeared in my head and told me, “it’s a dirt bike, go for it.”

I started looking around for parts to convert my lightweight adventure bike set-up to a temporary enduro machine.

The first and most obvious parts I had to look for were offroad 21-18 inch rims, and lucky enough for me, a friend of mine had a set of old rims from his DRZ S model, with 2014 Kenda tyres on them. I bought them off him for a steal and got them swapped out immediately at Holeshot Racing.

For those of you actively looking for 21-18 inch DRZ rims, these are pretty rare now in Singapore. You may still find them on Carousell if you’re lucky, but your safest bet is to get them online. There’s a huge market for DRZ parts and rims are aplenty on the web.

And although I didn’t get these extra parts, I highly recommend that you folks get an upsized rear sprocket, as well as a non-restrictive end can for a little extra bite.

After that was done, the cycle looked like this. Pretty funky, I reckon.

Next thing I did was to remove all other bulky items such as my rally-styled headlight, rack, top-box, mirrors and pillion pegs.

I was ready! Or so I thought, as I went ahead to enter the trails myself, ready to kick some mud butt, but to my utter dismay, I forgot to disconnect my side stand switch! The bike was killing itself every single time my boots rubbed against the switch. Bummer.

I went back home again to bypass the side stand switch to make sure it wasn’t going to hinder my evening adventures anymore, and true enough – that’s when the real riding started.

The golden question: how does a DRZ 400 SM with offroad rims handle offroad? Let’s find out!

We will judge the DRZ 400 SM based on 3 criteria: Single Tracks, Hill Climbs, and Downhills.

The biggest reason why I emphasise the letters – SM (short for Supermoto), is because the SM model comes with inverted front forks whereas the E and S model come with conventional forks. It may not seem like a big difference but the inverted forks are a real PITA.

To those of you not from Singapore, the reason why most of us use the SM instead of the S or E models is because those bikes are hard to come by here nowadays. The local laws state that bikes manufactured before 2003 have to be scrapped by 2028, and they encourage owners to do so by offering monetary incentives. Imagine your XRs, KDXs, or DRZ E models going to the scrap yard. Yup…  Let that sink in. This will be a story for another day.

Just to put things into perspective for you, I would rate myself as an above-average novice level rider, or a below-average intermediate level rider. Meaning, I am probably able to get over some basic obstacles, but would need a marshall to help me at some point of time during a hard enduro race for the overly technical situations.

Cool signal lights for +2HP each

Sorry to burst your bubble kids, but the DRZ 400 SM is definitely not the most formidable weapon for tight single track riding, simply due to its weight and harsh front forks.

I was trying to chase down a few KTM 350s and it was a lot of work to keep up with them on the flowy single track! Going between trees in muddy terrain with constant weight shifting movements on what some call “an elephant” is no easy feat. The DRZ 400 SM doesn’t feel like it wants to be manoeuvred, but it does go where you want it to with a bit of strength and alot of emphasis on correct body positioning.

The DRZ 400 SM also sucks at handling bumps. Those front forks were not built for offroad terrain and they feel like they don’t work at all sometimes. The forks caught me by surprise a couple of times when I hit unseen ditches or roots, and nearly sent me whiskeying into trees.

So the verdict – not so good for speedy, tight single tracks.

Yes, the most entertaining part of every offroad ride! Does watching your mate make an unplanned 360 flip at the top of a hill sound familiar to you? Is this something you enjoy watching? That makes two of us.

The DRZ 400 SM is surprisingly good at climbing hills with little traction on them. Something about the thumper’s weight and gradual throttle response makes me feel confident when I shoot up those muddy hills. The weight of the bike helps it to feel really planted and stable while the tame throttle response makes things predictable, especially when roots or rocks are in the way.

However, due to my bike being geared up to cruise on expressways, it does take quite a substantial amount of gas to get the right amount of torque for climbing steep hills.

Hillclimb verdict? Pretty good; it’s a yes from me.

Going downhill is one of the scary parts of riding a motorcycle offroad. The anxiety of not knowing what could happen at the bottom if you don’t stop in time can be pretty alarming, even for seasoned veterans. Everyone’s telling you not to touch your brakes but there you are stomping on that rear brake pedal for dear life.

Crashing on downhills is one of those things that happen the more you don’t want it to, and it can be very scary for those who have little experience attempting this.

Lucky for you, the DRZ 400 SM can be your best friend when it comes to slippery downhills. Despite the terrible front forks, the weight of the bike provides you with a haven of traction as you descend. The DRZ bites a hell lot more than you can imagine. The traction on this old horse is pretty good compared to your lighter and newer enduro models (without any tubeless system) which is something I find quite common amongst the old school thumpers.

The verdict? It’s a yes from me.

Overall verdict: How offroad-capable is a DRZ 400 SM?

Unfortunately, I haven’t tried out proper obstacles like large logs or tractor tyres yet, simply because I don’t have the balls to attempt them on the DRZ 400 SM! So I am unable to comment on its hard enduro capabilities, sorry!

Despite it being nonsense at single track riding, I believe it is still a great machine which you could take with you on the weekend trails. Its older twins such as the E and S models have been proven as great dirt bikes that have set the standard for dualsport riding across the globe.

Would I recommend the DRZ 400 SM to a dirtbiking greenhorn, though? No. The bike is still a heavy one which can be hard to handle without good body positioning and technique.

The DRZ 400 SM could be one of the few bikes close enough to be considered a unicorn (do-it-all) bike. Which means it can take you to the market, bring you to the jungle for enduros, and take you on long distance border-crossing adventures.

For what it’s worth, I am pretty amazed by what this humble dualsport can do in an enduro setting! If you’re the proud owner of one, would you be game to try? 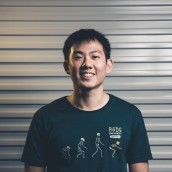 Ships is a P-Plate writer and a strong advocate for doing stupid things on offroad motorcycles.

Connect with us
View Comments (3)