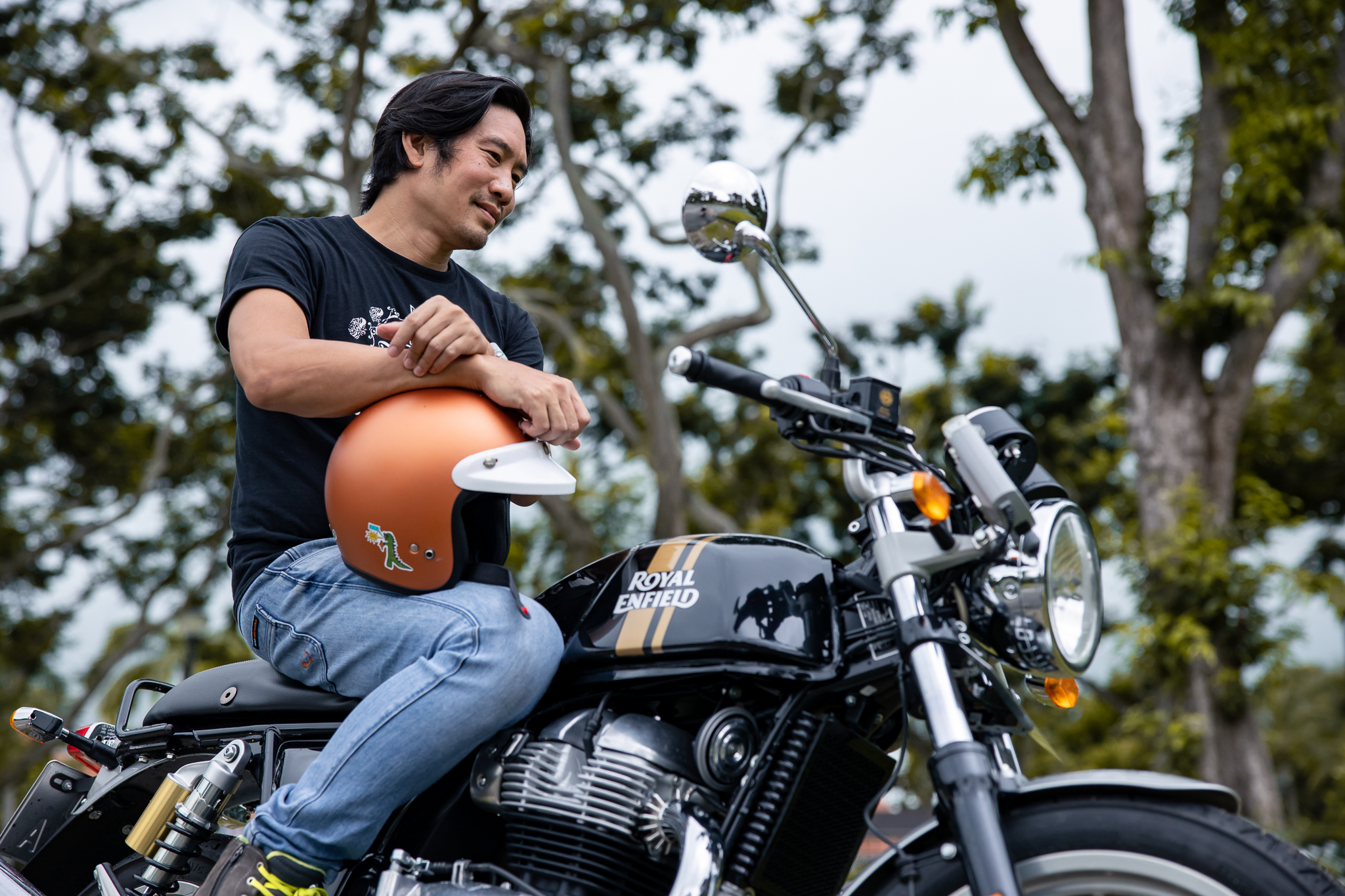 When the coronavirus lightly landed on Wuhan in December 2019, few clocked it as more than a distant outbreak of pneumonia. But viruses cross shores and travel remarkably well in aircraft cabins, and so the heavy hand of corona has left its indelible mark on the world and its inhabitants.

Much as we’d like to, this isn’t a year we’re likely to forget, and what better way to ease the disease than to ride into the sunset like so many heroes before us? But with borders closed, bank accounts depleted and stimulus packages drying up, the dream of taking the long way up, down and around is becoming more distant fantasy than our tired minds can contain. Enter Royal Enfield, a brand known for honest, capable motorcycles with lots of heart and more than a touch of style.

Newly minted Royal Enfield Singapore invited us to their spanking new showroom in Kaki Bukit to take their twins for a ride, and bearing fond memories of riding an RE Himalayan across parts of Himachal Pradesh, I joyfully ambled over at a relaxed pace, cause that’s what you do with Royal Enfields.

These aren’t bikes for people in a hurry, but if I’ve learnt anything in the (w)hole of 2020, it’s that good things are worth taking time over and in any case, time is relative.

Time is indeed relative when it comes to the Interceptor 650, a handsome standard retro, and the Continental GT, a more aggressively styled cafe racer with clip-ons. If retro is your thing, you’ll love the best of the swinging 60s these twins carry with them. The first thing that draws my attention is how “correct” these bikes look in person. The 648cc air-oil cooled parallel twin sits proudly within the double cradle frame, creating beautiful shapes and a perfect balance of positive and negative space, while the twin analogue dials hint at the “everything that you need and nothing that you don’t” nature that satisfying relationships are built on.

We test rode the Continental GT, which is the bike you see in these pictures and apart from a more upright riding position, a teardrop shaped tank and the inclusion of a centre stand, the Interceptor 650 is almost identical to its cafe racer twin.

Retro and cafe styled bikes typically command a premium, and hovering around a price point of 19,000 SGD (including COE), the Interceptor 650 and Continental GT proudly buck this trend while completely blowing the competition away in the process. Parts and accessories are priced to add minimal stress on plastic so you can bling your new love out to the max and still comfortably pick up the tab at multiple mealtimes, and we know how much bikers love to eat, so this should make you really popular.

Speaking of stress, a bit of research on the internets found little by way of issues in the 2 years since global launch so whichever twin you choose will probably translate to a 1997 Wong Kar-wai. Royal Enfield holds the distinction of being “the oldest global motorcycle brand in continuous production” and has steadily built a reputation for solid manufacturing and a well-supported dealer network. RE Singapore told us they have committed to a plethora of parts to ensure your two-wheeled love stays on the road where it belongs.

Returning to that handsome parallel twin, the low-compression engine produces 47hp so you’re not likely to win any cafe races on the Continental GT. But in the real world, the twin’s torquey and buttery smooth delivery (80% of it’s 52Nm of torque is available from 2,500rpm) gets you out of trouble in most practical situations, while the 270 degree firing angle with balancer and slipper clutch rewards you with a smoothly satisfying rumble, without tiredness or jerkiness through the pegs.

The Continental GT also carries its 213kg (wet weight with a full tank) down low and didn’t feel heavy even during slow manoeuvres at carpark speeds. The chassis, designed by Harris Performance, felt solid and well-balanced on livelier rides, although I did find the suspension a little too pliable for my weight (80kg). As of writing, YSS (Thailand), K-Tech (UK) and Ohlins (Heaven… joking. Sweden) all offer capable upgrades to get the best out of that chassis.

To my eye, the indicators and tail light were the only pieces of equipment that felt slightly budget, while the cockpit and foot controls, though not luxurious, were easy to reach and reassuringly tactile. The side-stand on the Continental GT happens to be hidden directly under the left foot peg which is visually cleaner, but during our test, required yoga bunny levels of ankle dexterity.

One of our test riders with a shorter reach than my atypical Asian body type also reported that the indents on the side of the tank resulted in him needing to maintain a pronounced crouch in order to grip the tank indents the way they were designed. When he tried a more upright posture, his thigh pressed against the edge of the indent. Humans have different body geometry so my recommendation is to waltz into the RE Singapore showroom and take both twins out for a ride.

This brings us to the community aspect of owning an Enfield. The RE community is known to be close knit, with used sales in Singapore often occurring within the community through word of mouth. RE Singapore already has plans to expand this welcoming vibe with gatherings, rides and charity events once it’s safe to do so. When I showed up at the RE showroom on my crusty 12 year old Yamaha WR250R, both my bike and I were welcomed with open arms. No need to park around the corner even though my bike was off-brand and looked like something the cat dragged in.

So if you’re a summertime motorcyclist who wants an uber-cool retro bike to go to town on, occasionally takes in twisty backroads at a handsome pace and likes arriving at your destination feeling fresh and ready for a good meal and chit chat, the Continental GT will not disappoint. Think James Dean without the teenage angst. What’s not to love?

Lusting after a Royal Enfield now, but don’t have a Class 2 license yet? You’ll want to read Part 1 of our “Cheap n Cheery” series for a dose of small cc custom style with Mutt Motorcycles. 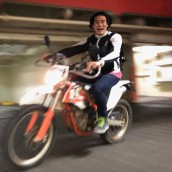 Tim sometimes does inappropriate things (like riding dirt bikes in underground carparks). This is Tim, don’t be like him.