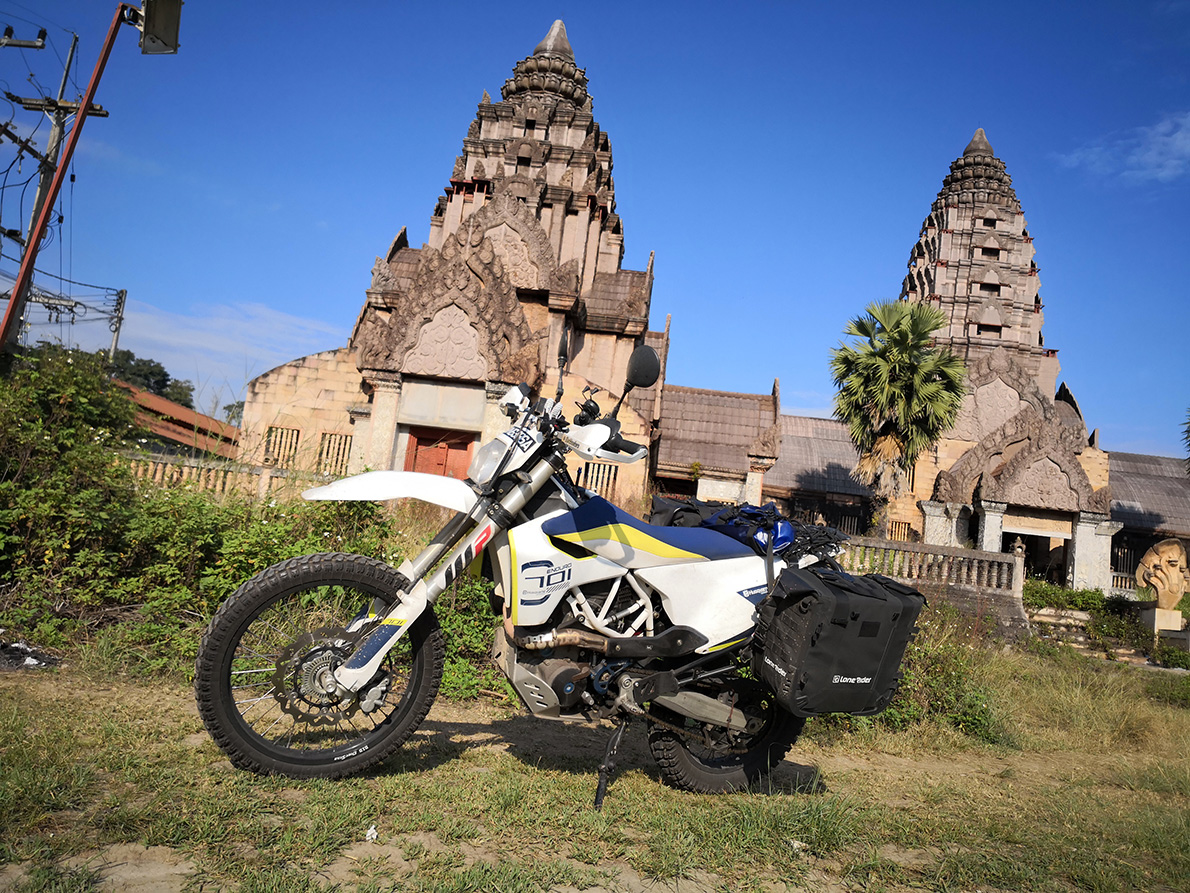 Light, uncomplicated and chock-full of torquey character, single-cylinder engines deliver their rides just like how the sleep-starved prefer their coffee – a nice, visceral shock to the system. For decades, single-pots have been a reliable, if unexciting, choice for fuss-free adventure motorcycling. But just when we all thought the ol’ one-lung had nothing left to prove, the Husqvarna 701 happened. To be precise, the new-gen Husqvarna 701 Enduro R with ride-smoothening double counter balancers and a panty-shredding power-to-weight ratio of 74hp / 145kg (dry).

More than any other marque, KTM (responsible for Husqvarna) has gotten the hang of extracting the maximum amount of fun from singles. And this is hands-down the most potent Big Single ever produced; the very same powerplant that is also shared by KTM’s poster badboy, the Duke 690, and the 2019 KTM 690 Enduro R.

I bought a low-mileage pre-owned unit (brand new ones weren’t available from the local dealer) in December of 2018 as a replacement for my venerable DR650. The 701 seemed perfect for my modus operandi: fond of off-tarmac detours and disinclined to wrestle over 200kgs of oily metal on my own. I added some mods.

Before the world got shut down by a certain pandemic, I managed to lay some extra 12,000km on her odometer. On these grounds, let me first tell you what the 701 is not.

1) Not a laidback ride.
You’ve got to pay more attention on this than with a DR650. 74 horses kick hard. I’ve had a few spins and spills, especially in wet multistorey carparks. It also gets pretty hot in slow, tropical traffic. Hard to relax when your ankles and thighs are cooking.

2) Not the best weapon for tight, technical trails.
In close quarters, the 701 is still too heavy, too tall, too long (wheelbase-wise) and too brutish. Snatch too much throttle and it’ll send you into a tree. It’s no match for a proper enduro or MX bike, but still much better than an adventure tourer.

3) Not cheap.
The 701 is fairly fuel economical at about 21 km per litre, but the servicing intervals are still shorter than its Japanese peers. The manual calls for oil changes and valve checks every 10,000km. As with all other high-performance engines, ignore the maintenance schedule at your own peril.

4) Not noob-friendly to troubleshoot.
For all its simplicity, the 701 is still brimming with more modern electronics than I’m comfortable with. Not the same thing as “bush fixing” a dirty DR650 carburetor in the suburbs of Bosnia *true story*.

5) Not loved by pillion riders.
The rear gas tank cap is located nearly where a pillion’s bum would sit, at the end of a narrow, hard dirt bike seat. Most tank caps come with vent tubes. I’ll let your clenching glutes think about that for a second.

6) Not the most comfy at 190kmh.
Yes, it can do 190kmh, anecdotally speaking. The engine is plenty willing, but the lack of wind protection and a steering stabliser makes for a nerve-wracking ride, as with any naked bike. Easily solved with a rally fairing kit though. Up to 140kmh is what I’m comfortable with, sans windshield.

Now that we’ve got your expectations out of the way, let me gush about what the 701 really excels at.

This Husky overturns everything we’ve come to expect from thumpers – it runs buttery smooth, throttle delivery is light and playful, and the torque is friendly on the low end but rises exuberantly as you climb the torque curve.

Components are top notch; clutch is light, brakes bite well and suspension is so brilliant out of the box that you won’t think about upgrades unless you’re consistently bush-bashing with a full luggage load.

Better still, these don’t come at a cost to real-world usability. On the daily commute, the 701 is a svelte lane-splitter that rips up humps, holes and winding roads, and is joyfully capable of leaving the rest behind at the traffic lights. Just don’t get stuck in a jam – it becomes a trouser-burning BBQ pit in stop-start situations.

It’s also still one of the best modern platforms available for an adventure bike build. The aftermarket world is abundant with 701 rally kits, performance upgrades, luggage options and fuel storage solutions that will let you get as tricked out as your wallet will allow. Or stay as minimalist as possible. The 701 is versatile and adept enough to satisfy hedonists at either end of the spectrum.

Nothing, actually. I credit this to a religious maintenance schedule and the preemptive aftermarket mods that addressed known issues of the 701:
1) Subframe reinforcement mounting bolts
2) Aftermarket clutch slave cylinder
3) Side stand sensor bypass dongle

On some occasions the engine wouldn’t fire up again immediately if switched off while idling hot. This happened on long, warm rides in Thailand, but never in Singapore. Was it bad fuel? Voltage regulator too hot? #unsolvedmystery.

Once, the speedometer took me by surprise when it ran out of battery. What?? Does the speedo come with its own spark plug too? (No it doesn’t.)

SO, IS IT A UNICORN?

For the most part, a resounding yes. Occupying the sweet spot between hardcore enduro machines and heavyweight adventure tourers, the 701 is a Swiss army knife. As an adventure bike, a daily commuter and a dirtbike all in one, it’s great for connecting the highway and the trails. It’s a bag of fun and most of its niggles are fixable.

My biggest gripes are the short valve-check intervals (10,000km is just about one loop of IndoChina) and complicated electronics. For this reason I’d consider the 701 a first-world travel bike. With near-zero mechanical ability, I would be nervous to ride far in places without good service centres and husky parts. While Malaysia, Singapore and Thailand are not short of Husqvarna dealerships, this isn’t a DR650 that will tractor 30,000km across camel country without the touch of expert fingers. Happily though, there are people who continue to prove my fears wrong. Like this couple who’ve been making 701 tracks around the world with no engine catastrophes.

To get over my mechanical anxiety I might actually have learn my way around shims and feeler gauges – likely a more straightforward task than a traveller learning her way around a post-pandemic world.